Discover our new tasting menu of Trufa Blanca or Tartufo Bianco. It is a gourmet proposal of haute cuisine, prepared respecting the origin and quality of the ingredients and combining it with the exquisite aroma offered by white truffles.

The Truffle Blanca tasting menu brings you closer to the most precious variety of truffle of Italian origin:

This type of truffle is one of the most exclusive delicacies at an international level due to the difficulty for its reproduction and collection, which is usually in autumn, between October and December.

But also, unlike black truffles, white truffles only reproduce wildly due to the difficulties encountered in their cultivation. Mainly in the area of Italian Piedmont, its discoverer was Vittorio Pico in the 18th century – hence its scientific name Tuber Magnamatum Pico. It is also known as Trufa blanca di Alba due to a small Italian town with that name in which an international charity auction of this precious delicacy is held every year. 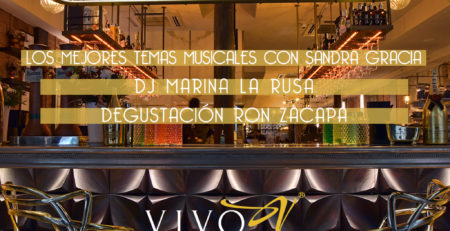 From Vivo Tapas we want to invite you to the Fiesta this Friday, April 19! With Sandra Gracia who [...]

Do not know what to do in Barcelona nights? Feel like in a movie in the best atmosphere of Barcelona [...]